Situated in the Mediterranean Sea, the Maltese Islands lie some 100 km from Sicily and 200 km from North Africa. The Islands consist of Malta (300 sq km), Gozo (65 sq km) and Comino (2.5 sq km). Their civiiisation is one of the oldest in the Mediterranean going back to around 5000 years BC. Population is around 350,000 and the official languages are Maltese and English.

Rich in history, Malta has important sites from the Bronze Age and Phoenician and Roman periods. The Hypogeum is a UNESCO World Heritage site.

The Maltese practice mainly the Roman Catholic religion. It is said that Malta has a church for every day of the year with the many churches and chapels dotted around the villages some dating back to the Knights with their diverse architectural styles influenced from different eras and diverse civilizations along the ages.

Having a Mediterranean climate similar to that found in southern Italy and southern Greece, it is mainly hot and dry in summer with cool shorter winter months. The rainfalls period is mainly between October and March.

The capital city of Malta is Valletta and houses the seat of Government. The country follows a parliamentary democracy with its Prime Minister and the Cabinet as its executive power. The unity of the nation is represented by the President.

The main system of public transport is done by buses which offer a cheap and efficient way of getting to any part of the island. The main bus terminus is in Valletta and cost of routes range between 20 cents and 50 cents.

The supply of electricity in Malta is 240 volts, single phase, 50 cyles. The sockets used here are the 13 amp, three-pin rectangular.

The currency used is the Euro.

Regarding visa and entry requirements for entering the country it is advisable to check before making your travel arrangements. 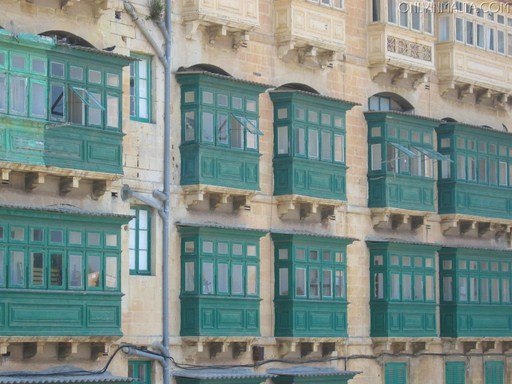